There are two kinds of worlds for a literary person. One is the real or physical world. And the other is the literary world. These two worlds are reflections of each other to great extent. Writers and Authors take inspiration from the real-world to create a piece of literature. After taking inspiration from the real-world, they create a literary world with the help of language.

Similarly, readers being a part of the real-world, connect this literary world to their real world with the help of ideas. In other words, we can say that readers decode a piece of literature through their own views, values, and ideas. They interpret the text. and they try to understand what the writer has tried to say.

“Genre” is a french word that means “type or kind”. So, Genre may be defined as “a category of literature that is marked by a specific, content, form and style”.

Literature can be divided into numberless genres and sub-genres. But here we will only talk three about main genres. These three main genres are given below.

Suggested Post:Pakistan Likely to Receive the Vaccine Under COVAX Project.

Poetry is a genre of literature that is identified by excessive use of distinctive style, rhythm, and meter. Poetry is generally written in lines, couplets, and stanzas.

I’ve heard it in the most chill land –
And on the strangest Sea –
Yet – never – in Extremity,
It asked a crumb – of me.

Prose may be defined as ” a literary piece which is not composed in poetic form. It includes novels, short stories, journals, newspapers, and articles, etc. Any article, journal, or daily newspaper is an example of prose.

Play or Drama is a literary piece which is written by a dramatist with the intention of being performed on stage. The basic purpose of plays and dramas is to provide entertainment, enjoyment, and relief to the audience. A play is also written to highlight an important issue which may be moral, social, religious, and political. 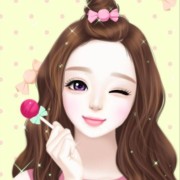