Prime Minister Imran Khan called an emergency meeting of the PTI Parliamentary Council today after the party members opposed the distribution of tickets in the Senate elections. [Islamabad]

Sources said the Prime Minister had discussed with party leaders the issue of tickets for the Senate election at a board meeting and indicated that some decisions could be reversed.

PTI’s Chapter Khyber Pakhtunkhwa has raised objections about Najibullah Khattak’s nomination. while PTI Sindh says they have problems with the selection of Faisal Vawda and Saifullah Abro.

Prime Minister Imran Khan stressed that all tickets would be issued on the basis of professionalism, adding that he respected the wishes of his party members and that parish managers would not be made managers, sources said.

A final decision on ticket distribution is expected within the next 24 hours, the sources said.

Being Helper is not responsible for any type of content on external links. 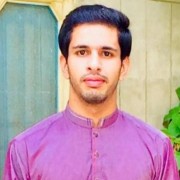 The Government May Announce Friday as a Weekly Holiday.

Spotify is now available in Pakistan

The Government May Announce Friday as a Weekly Holiday.

Spotify is now available in Pakistan