If you are an old Console gamer and you have played PlayStation 2 games, today your childhood will be refreshed. Playstation is the second installment in the PlayStation Series and one of the best consoles at that time. Many of the games are exclusive to PlayStation Users. That’s why it is the popular console of that time.

Resident Evil 4 is a survival horror third-person shooter video game. It was developed by Capcom Production Studio 4 and published by Capcom. It was one of the best games of that time. It became popular due to its high graphics and gameplay.

Final Fantasy X is a role-playing video game. It was developed and published by Square. It was the tenth main entry in the Final Fantasy series. It was the best one of the best RPG game of that time. Due to its smooth gameplay, it was liked by many gamers.

Metal Gear Solid 3: Snake Eater is an action-adventure stealth video game. It was produced by Konami Computer Entertainment Japan for the PlayStation 2. It was released in late 2004 in North America and Japan. After that, in early 2005 it was released in Europe and Australia.

God of War II is an action-adventure game. It was developed by Santa Monica Studio and published by Sony Computer Entertainment. First released for the PlayStation 2 console on March 13, 2007. God of War II became the most popular game due to its high-definition graphics and smooth gameplay. It is still played in 2020 by many gamers. 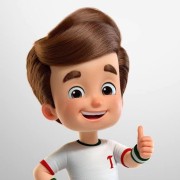